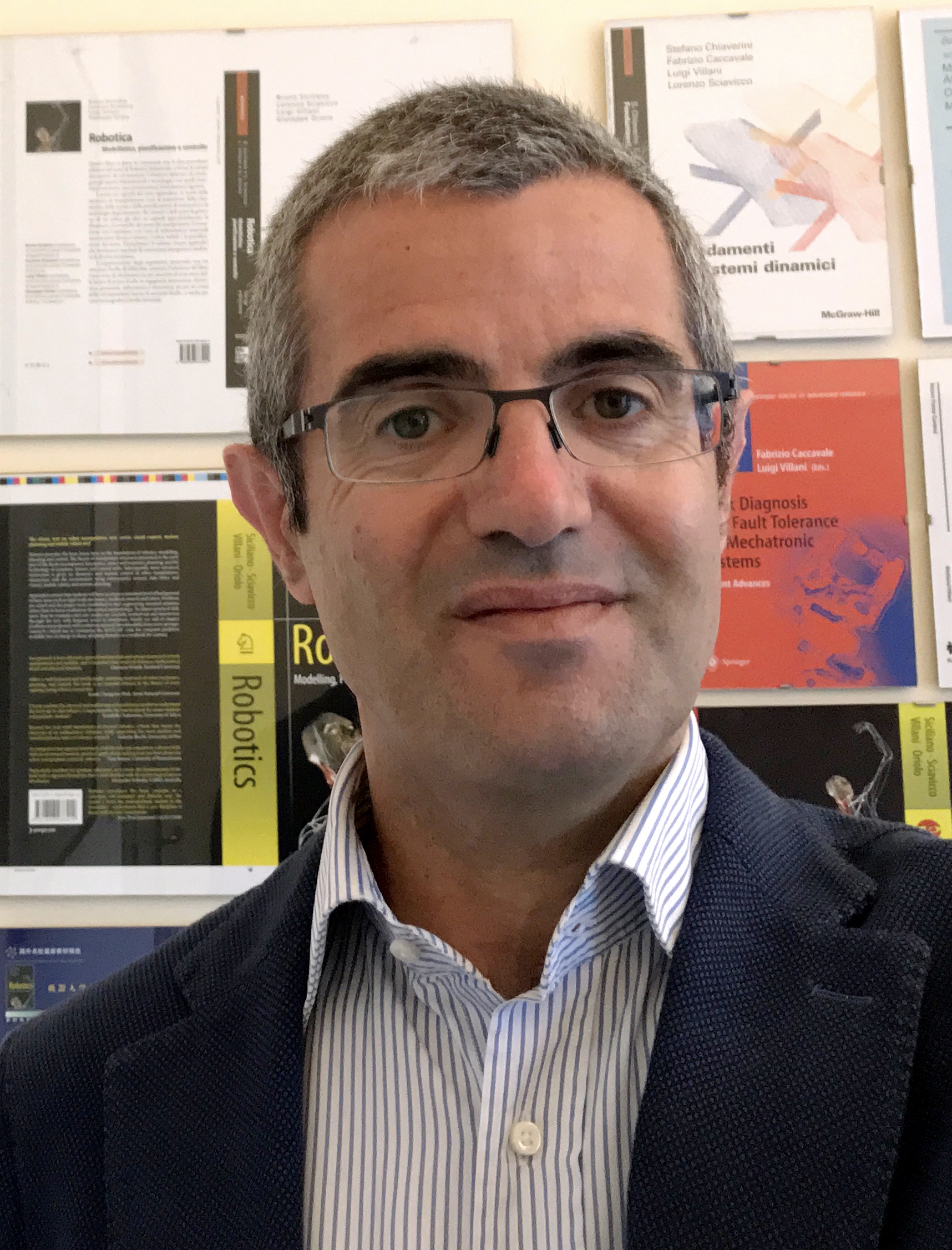 Luigi Villani was born on December 1966. He is Full Professor of Automatic Control at the University of Naples Federico II, where he graduated in Electronic Engineering in 1992 and received the Research Doctorate degree in Electrical Engineering and Computer Science in 1996. He is currently a member of the Department of Electrical Engineering and Information Technologies and member of of the Scientfic Council of the Interdepartmental Center for Andvances in Robotics Surgery of the University of Naples Federico II. Since 1999, he mostly teaches courses of Dynamic Systems and Automatic Control for the 1st level Laurea and 2nd level Laurea magistrale degrees in Automation Engineering and Computer Engineering. Luigi Villani is co-author of the textbook (in Italian) Fondamenti di Sistemi Dinamici, McGraw-Hill, 2003, and of the textbook Robotics – Modelling, Planning and Control, Springer, 2009, translated in Italian (2008), Greek (2014) and Chinese (2015). He is Senior Member IEEE. He was Associate editor of IEEE Transactions on Control Systems Technology from 2005 to 2011, Associate editor of IEEE Transactions on Robotics from 2007 to 2011, Associate Editor of IEEE Robotics and Automation Letters fro 2015 to 2017, Associate editor of the Conference Editorial Board of IEEE Control System Society from 2000 to 2010, as well as Program Committee member of various international conferences with peer-reviewed papers. He is one of the founders of PRISMA Lab. His research mostly focuses on the control of robotic systems, and includes theoretical, technological and experimental contributions published in internationally renowned conference proceedings and journals. A major research topic is the force control of robot manipulators, on which he has published numerous articles in journals with high impact factor, a well cited monograph –B. Siciliano, L. Villani, Robot Force Control, Kluwer Academic Publishers, 1999– as well as contributions to Springer Handbook of Robotics (2008), and to Springer Encyclopedia of Systems and Control (2014). Other themes of research are control based on artificial vision, manipulation with robotic hands, and fault detection of mechatronic systems, on which, in addition to scientific publications, he has participated in various funded research projects (PRIN, FP6, FP7, ASI, CNR, POR Campania). He is also interested to robotics surgery and to the control for safe physical interaction between humans and robots. This latter was the theme of the two-year project PRIN 2009 ROCOCÒ, and the four-year large scale integrating project FP7 SAPHARI, led as local principal investigator. More recent projects are the research and innovation action H2020 REFILLS on the use or robots for intra-logistic operations in supermarkets, and the project PON 2014-2020 ICOSAF - Integrated and collaborative systems for the intelligent factory, funded by the Italian Ministry of Education, University and Research.